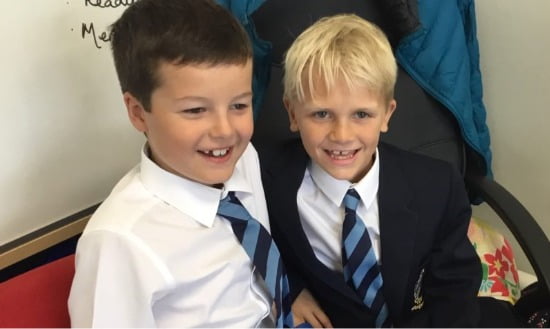 Daniel’s Story – Dyslexia in the classroom

Daniel was 4 when he started school, and there quickly became two different Daniels. There was an engaged, chatty Daniel at home, and a disengaged, withdrawn Daniel when we picked him up from school. This difference in personalities was compounded by the frequent meltdowns that Daniel would have at the end of the school day. I believed that Daniel was a bright child, but he wasn’t thriving in school, in fact, he was falling further and further behind. It was heart-breaking. There was a huge disconnect between what I could see he was capable of at home, and what the teachers were seeing in school.

After 3 years, and Daniel was in Yr. 3, I was getting close to my wits’ end, and at a loss as to how to help him. It wasn’t just his mood that changed, but he also frequently experienced eczema.

When Daniel was finally diagnosed with dyslexia, we understood more of what was going on. The sensory overload from the classroom and the effort of trying to fit into a mode of learning that went against his dyslexic brain was just too much.

The key to unlocking his development

When Daniel’s teacher first led a class using the Chatta approach, an oral communication and storytelling approach that unlocks writing in all pupils, the change was instantaneous. For the first time in Daniel’ school life, he was able to take part in a format that allowed him to show that he understood what was going on. He was able to participate in a way that he had never been able to before.

Because the focus was on pictures and speaking, rather than trying to digest and remember written words, the ideas could form in Daniel’s head so much more clearly before writing them down. It was absolutely ground-breaking and unlocked so much within him.

I soon heard from other parents that the introduction of Chatta to the classroom hadn’t just help Daniel, but it had helped the other pupils and the teachers too. As the use of Chatta continued, Daniel’s confidence grew exponentially – for the first time he felt valued and included rather than being on the outside, and he would happily chat away at school.

Not only did Daniel’s progress improve, almost overnight, but the eczema that had been such a recurring issue started to disappear.

It can be easy to underplay the level of stress that some children endure because they feel excluded. After Chatta had been introduced, the teachers suddenly saw a boy who felt included, and who was happier and healthier because of it.

For the first time in Daniel’s school life, he was given a tool that allowed him to access what his classmates had been doing.

Looking back a couple of years on, it’s just so exciting and promising to see where this will lead. I truly believe Daniel has a far better future in front of him because of how Chatta has been able to unlock his learning.

Using Chatta in the classroom and at home

When the lockdown hit back in March 2020, Chatta not only revolutionised Daniel’s learning at school, but it also became a vital part of his remote learning. Over the last 12 months, it’s also unlocked an incredibly exciting journey with assistive technology, that is further ensuring his dyslexia is no longer a barrier to his learning.

Daniel can create Chatta boards and recordings independently that enable him to learn about and understand the world around him, and all the different subjects coming from school. It’s been such a huge help with both his homework frustrations and home learning, and has created a much more confident speaker and fearless writer because he can rehearse, re-record and start again if he’s not happy with something.

We now realise that, before the Chatta approach was introduced, Daniel was exhausted when he came back from school each day. This exhaustion was all part of his dyslexia.

As soon as he was able to use Chatta, he was suddenly was able to contribute, and so the stress started to disappear. It was a balance of lots of things happening, but slowly and surely a very different child started to emerge both at school and at home. He felt valued. He felt part of what was going on in the classroom.

As a parent, you always believe your child is capable of anything, and again there was a disconnect with what he was doing in school – and then with Chatta, he was able to give the school a glimpse of what we as parents felt that he was able to achieve.

As soon as the Chatta approach was introduced, his communication was unlocked, and almost instantaneously he could fully take part in lessons and learning.

I will always be profoundly grateful for Chatta and will scream from the rooftops that Chatta was the first step in his academic development. Chatta gave Daniel such a huge stepping stone and became the first tool he could use independently to access the academic world within the school.

“Using the Chatta approach was very valuable for Daniel. It helped him to organise his thoughts and removed the panic when faced with a big piece of writing. Daniel would often make Chatta boards with a partner as well as using ones prepared for the whole class. I would also print out a screenshot of the Chatta board and he could refer back to this when writing and it would trigger the chats he had made

Daniel grew in confidence and enjoyed writing tasks! He also used Chatta for reading comprehension tasks, and maths activities. The Chatta method made a huge difference to Daniel during home learning last March.

Now Daniel is happy to approach tasks which otherwise would have been tricky. Chatta is a tool which has removed barriers for Daniel and he is not afraid to write! Chatta helps him know what to do, how to process and sequence.” 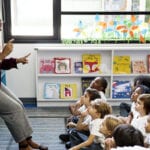 Modelled Language in the Classroom 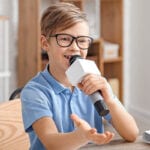 The Power of The Invisible Microphone 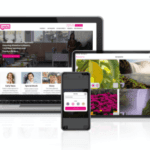 New Software Development: Have Your Say

Something went wrong. Please check your entries and try again.
May 6, 2020Case Study|Dyslexia|Stories

Book a free online demonstration with one of our team