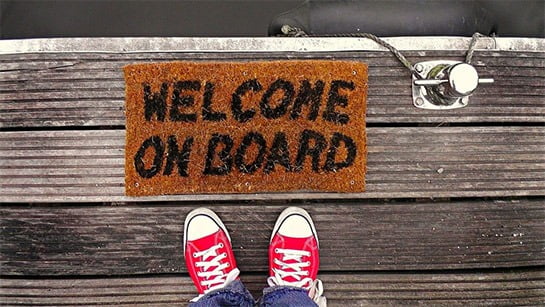 SHINE is funding a groundbreaking new initiative to improve the communication and language skills of disadvantaged young children in Hull.

Concern that only 68 per cent of children in Hull achieved the expected level of development at the end of the Early Years Foundation Stage in 2019 has led to the new programme involving 12 schools in the city.

As part of the two-year project, children aged three and four years old will be taught using the award-winning Chatta teaching approach. Developed in Hull over two years by former Hull teachers Chris Williams and David Andrews, supported by Pocklington School, Chatta is designed to promote spoken language and interaction and memory skills.

Chatta has led to transformative results in young children’s communication and was recently named as one of the most inspiring education innovations in the world.

The Chatta approach is based on research relating to what matters most in learning and development. It uses technology to present content in a way which mirrors the way people think and commit to memory and is used in the classroom and at home. Chatta’s software links learning experiences and subject content (in the form of photos and pictures downloaded by users) with modelled spoken language and opportunities for children to rehearse and tell stories.

Those benefitting from the project will include children at a lower level of development than that expected for their age, youngsters for whom English is a second language, and others with special educational needs that mean they risk falling behind in their formal education.

Chatta’s founder, former teacher Chris Williams, said: “Pupils in Hull, like many across the country, are too often starting school with insufficient communication skills. They can arrive at pre-school classes unable to communicate or even speak. If they can’t express their needs or interact socially it has impact on their learning.”

He added: “I’m thrilled that SHINE has agreed to fund this project. A key priority in the early years is communication and language but we find that many of our schools see the benefits the Chatta approach can bring to children in all year groups.”

“I’m thrilled that SHINE has agreed to fund this project. A key priority in the early years is communication and language but we find that many of our schools see the benefits the Chatta approach can bring to children in all year groups.”

SHINE’s CEO, Fiona Spellman, said “SHINE is excited to be supporting this interesting new innovation and working alongside partners at Pocklington School and Hull City Council to tackle the enormous gap in communication and language which too many children from disadvantaged families suffer when they start primary school.

“We see real potential in Chatta and this is a great example of how an independent school can use its facilities and resources to support change in the state sector.

“We were particularly impressed that Chatta supports our two areas of interest in helping children become school ready: the work that parents can do at home to help their children progress and making the best use of daily curriculum time in the classroom.”

Hull City Council will be overseeing the data and analysis of the project. The data will assess the professional development of staff, the impact on the children and the engagement of parents – all of which measure the project’s success.

Helen Tan, Early Years Standards and Improvement Officer at Hull City Council, said: “At the end of the Early Years Foundation Stage in 2019, only 68 per cent of the children in Hull achieved the expected level of development so we are excited that the schools involved will to be able to further support children’s communication and language skills through the use of Chatta and the SHINE project.”

The Chatta team will be training staff and running workshops with parents and carers, who will also be encouraged to use Chatta’s innovative software to make their own stories with children at home.

Chris Williams said: “Chatta works as part of a whole class teaching approach and is accessible and beneficial to children of all developmental stages. We anticipate it being used twice a week in 15-minute sessions, similar to story-time. The class works together to tell a story using pictures; the modelling and practise of spoken language is essential for all children no matter what their starting point.”

Pocklington School’s External Relations Director, Sheena McNamee, said: “We are keen to extend and deepen our links with the local community by sharing the resources and expertise we have to offer. The SHINE project provides the perfect opportunity for us to help local children benefit from all the advantages of Chatta for early learners 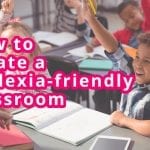 How to create a dyslexia-friendly classroom – checklist included

Thanks for subscribing! Please check your email for further instructions.